Writing an essay on subjects that are not so well known or publicised is difficult. This topic on Little Rock Nine is one such. But proper research and good writing can help you gain good grades even in such subject matters. Otherwise, you can always buy a research paper from our custom writing service. Our academic writing help are also ready to edit any papers that you have written.

The Little Rock Nine is the popular name given to a group of nine African-American students who were students of Little Rock Central High School in 1957. 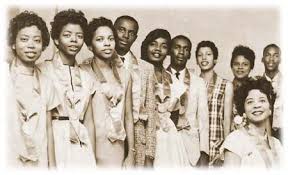 This was during the troubled times of the African-American Civil Rights Movement and there was widespread discrimination against the blacks and colored people in all establishments, including the educational ones. These nine students were threatened by mobs out to lynch them and the Governor of the State of Arkansas prevented from entering the school on the very first day of the new school year. But with the unrelenting support of their parents and others in the community, the Little Rock Crisis was resolved by the intervention of the then President of the United States, Eisenhower and the students were allowed to continue their studies in the school.

It all started with the historic judgement passed by the U.S. Supreme Court in May 1954 in the case known as the Brown v. Board of Education of Topeka, Kansas. According to the judgement, all segregated schools were declared to be unconstitutional and it called for desegregating schools throughout the U.S. This judgement gave an impetus to the parents belonging to the National Association for the Advancement of Colored People or the NAACP to try and admit their children into what were segregated white-only schools.

The Little Rock School Board too had agreed to abide by the new rules and decided to desegregate the high school in a phased manner. This was how the nine students got admitted into the school. Moreover, they had scored exceptional grades in their previous school. However, the trouble erupted on the first day of the new school year, but was soon put down and the students were able to successfully complete their graduation from high school.

The Little Rock Nine included Ernest Green, Elizabeth Eckford, Jefferson Thomas, Terrence Roberts, Carlotta Walls LaNier, Minnijean Brown, Gloria Ray Karlmark, Thelma Mothershed, and Melba Pattillo Beals. Although they received a lot of public accolade, they themselves declared that the true heroes in this affair were their parents, whose unstinting efforts, faith and endurance brought them successfully out the crisis and set them on the path to a bright future.

The Little Rock Nine stand for young people who take responsibility for their own education and are bold enough to step forward and seize the available opportunities without fear. Their spirit is needed even now, when children all over the world are still being denied opportunities for quality education.

So if you are looking to avail our research paper writing service to buy a research paper, do it right now and get truly custom essays.